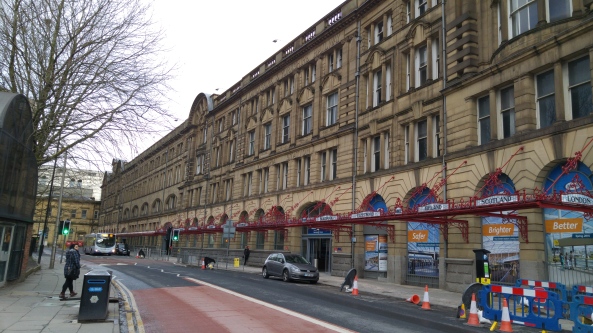 Isn’t it magnificent? Victoria Station on a cold late January morning, or anytime really. A classic monument of a kind no longer built, but refurbished and repurposed these days – witness the former Central Station, now hosting beer festivals as a Conference Centre. At least this place still sees trains within its confines. 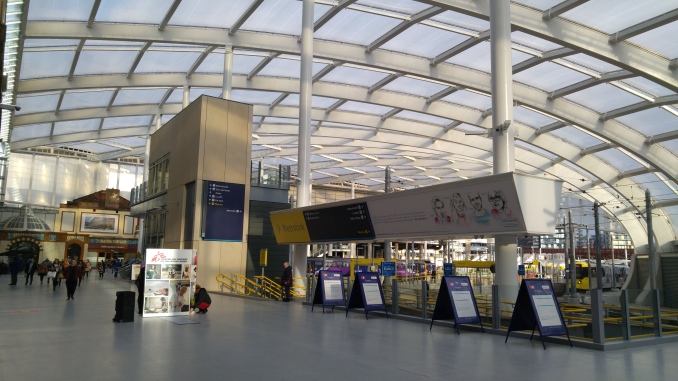 You could almost think it was summer eh? They’ve done an impressive job with the cantilevered glass and steel roof over this old transport interchange. There’s even a Station Bar, but as my good friend Deeekos (very effectively indeed) says here, don’t bother yourself. Work up a thirst and walk to The Smithfield or The Angel if you arrive wanting a beer.

But I wasn’t arriving.

A pub. In a small West Yorkshire town. The significance of which, I shall try to explain in my faltering prose.

The origins of this trip lay at the end of a brew day nearly 4 weeks earlier, at Cheshire Brewhouse. We, the assembled, agreed something that day, well, Shane did. We brewed a 6.6% abv English-hopped IPA that day. And Shane wanted to sample it from a wooden cask. Which, in the North of England (possibly the whole country) means one pub.

Yup. That one above. The Junction, on Carlton Street.

Where they only serve beers that have been conditioned in wooden casks. Bit of a USP is that….

And, before I go much further, I owe a debt to Mr David Litten. And the book above, a labour of love if ever there was one.

What the book tells us is that Neil Midgley and Maureen Shaw reopened a run-down pub that had been shut for over two years. And, over time, worked bloody hard – with the help of friends – and brought it back to life. As you will see from pictures below.

Yes. A roaring real fire. Just one of many lovely touches.

So. Why did myself and Jaz catch that train again? Well, to drink beer, naturally and, having never knowingly drunk beer from wooden casks, my traditionalist core was childishly excited.

There was another reason though. To tie the bow on The Independent Salford Beer Festival and present the certificate and award for the winning beer. To Malcolm Bastow, of Five Towns Brewery.

Having presented the award to Malcolm, I found myself spoiled. With 2 Cheshire Beerhouse beers and 2 from Five Towns. So I sampled one or …..

With CBs Engine Vein, a best bitter in style, I thought that the beer had an additional richness and depth (and I like Engine Vein in all forms). With the Outside Edge from Five Towns, it dialled down the sharp hopping, softening it somewhat.

It was with the bigger beers that I thought that the wood made the biggest impact, the hoppier ones like the 6.6% abv TRYPA (the Cheshire Brewhouse/Howard Town/Tryanuary collab) and the Niamhs Nemesis from Five Towns at 5.7%.

Again, the wood took the sharper and angular hop edges from Niamhs – a beer that I adore – and gave it more depth, imparted a slight – maybe vanilla – sweet note, just a note mind. It seemed to enhance the fruitier aspects of this beer. If anything, it really improved it and helped to make it feel, well, sessionable. Which is dangerous in a 5.7% beer. Very dangerous indeed.

A lot of materials for this pub were sourced over a lond period of time. Piecemeal. I’m ashamed, actually, no I’m not actually ashamed as such, to say that I didn’t (nerdily) get a picture of the most unusual “swan necks” I’ve ever seen. The beer engines were sourced from a long gone brewery estate (Melbourne Brewery) and are lovely things indeed, nearly 80 years old!

(Roger Protz does like his wooden casks! Pic courtesy http://thejunctionpubcastleford.com/)

3 real fires. Lots of reclaimed wooden furniture and knick knacks. Old brewery paraphernalia, it all goes to the feel of this place. Feeling welcome. There were locals and people who had travelled many miles to be here. This is, simultaneously, both a local and a national destination pub.

I got to have a pint of the TRYPA. A big fruity beer, hoppy yet with a rounded richness, the softening effect of the wood lending a complexity to the beer with added spice and a little vanilla again. A beautiful beer, brewed at a brewery that many think is really going places. Garnering National newspaper attention recently with Govinda too. A really underrated brewery. But not by me.

This turned into a gathering of friends. People like Steve (from Sheffield), Bob, Scott, Malcolm himself, Andy (Captain Tryanuary himself!), Deeekos, Jaz. None of us living anywhere near around the corner. Some had travelled 60 miles or so to be there. ALL of them loved this place.

Neil & Maureen (and I don’t know them personally) haven’t done anything overly complicated here. They’ve worked bloody hard. For an extended period of time. To breathe life into a moribund hostelry. To turn it into a cherished local. To give it that intangible thing that I so cherish (missing in almost all newer bars).

And this place has it by the (wooden) barrel load.

It was, sadly, an all too brief visit. 5 hours (or so) does this pub no justice. But nonetheless, we said our farewells. As we headed to the train. With a little character from a previous blog post.

Remember him? He’s quite soft when fed…. 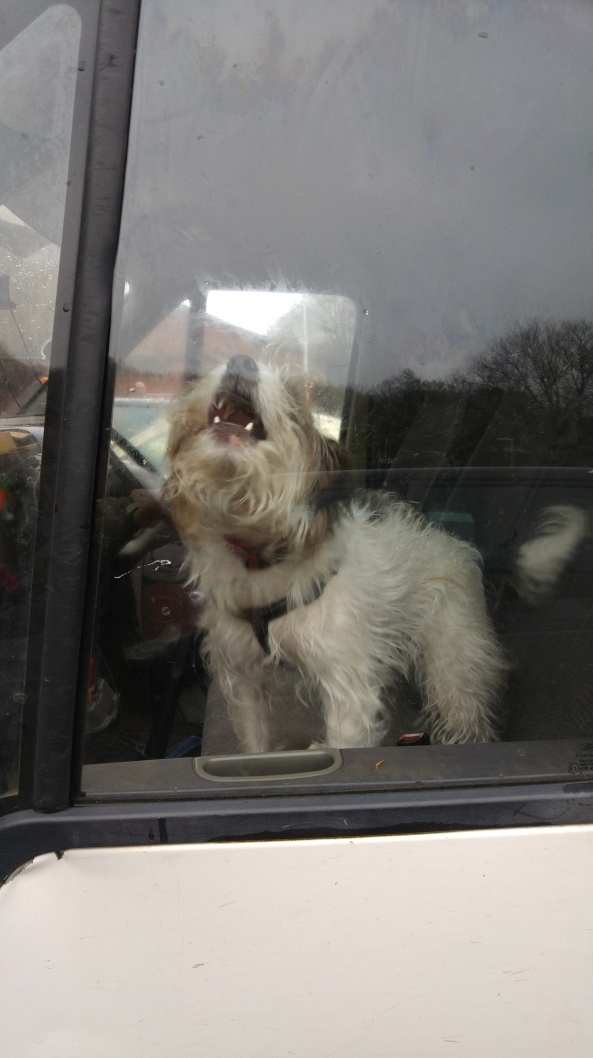 Then it was into Tapped Leeds – nice to bump into Martin from Bridestones/Hebden Brew Co – then (stupidly) Cafe Beermoth back in Mancunia. And those Sirens of Beer – Tara Mallinson & Elaine Yendall (among many other good beer people of the parish – I’m sure Mr Clarke remembers my request?) – unsurprisingly, I was late home. That’s what being around good people does to you.

2 comments on “Up The Junction (and other stories….)”