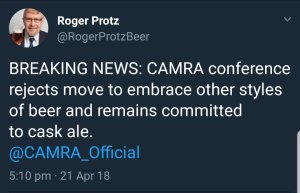 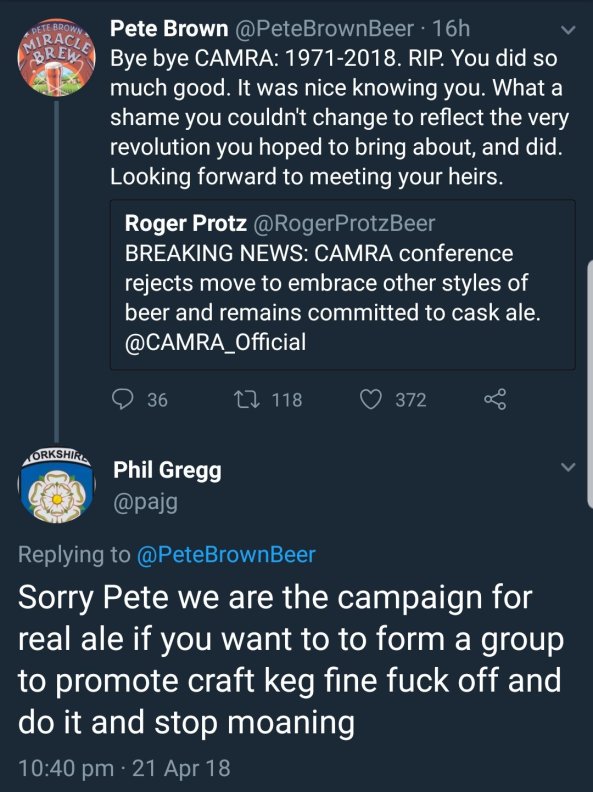 The above tweet was my newsflash this morning. I’d spent yesterday doing the important things in life, drinking beer from a variety of dispense methods. Having fun doing so. With friends.

Increasingly, CAMRA – as an organisation – has been almost irrelevant to me. “Revitalisation” almost changed that. Almost being the key word.

For a long time now, I’ve been of the firmly held opinion that good beer is just that. Good beer. Irrespective of the method of dispense. If it tastes good it IS good. 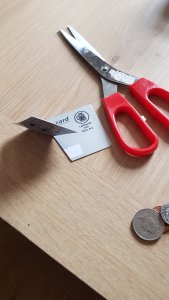 The whole debate around the embracing of all beer was – to put a positive spin on it – vigorous. And frequently intolerant and poisonous. And hugely ill-informed. 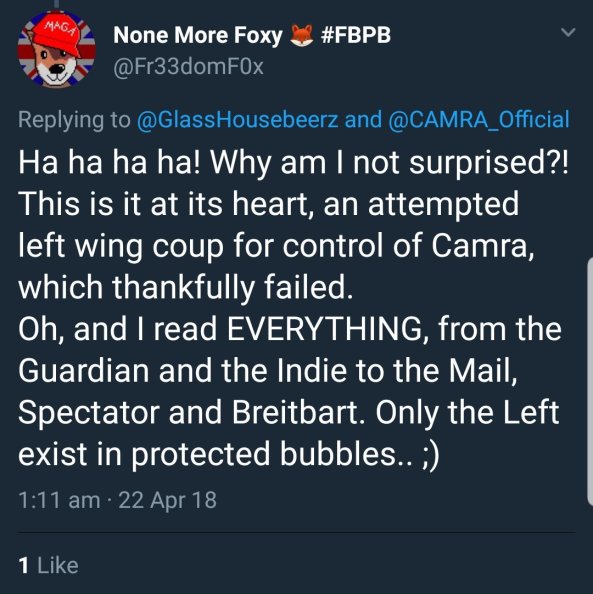 The fact that some people STILL spout nonsense equating “craft” with “keg”, just goes to show that they are clueless. And that appears to be the main line of attack. Rooted in history.

“Bland keg beer”. F**k me! CAMRA is 47 years old! The battle for “Real Ale” was won! The Campaign did its job. And did it well. We’ve never had it so good. The variety and quality of beer you can drink in 2018 bears testament to the historic success of CAMRA.

And the word “Dinosaurs”. Oh how we laughed!

The funny thing is though that I know many upfront CAMRA activists. Many of whom play a leading role in their branches and indeed nationally. People of influence. People who DO know a lot about beer. And whilst their drink of choice would ordinarily be cask conditioned beer, they are not adverse to a bit of delicious keg.

Many of these are friends. And I’d like to think will remain so. They are good people.

Beer has evolved. Unfortunately, approximately 5000 people have blocked CAMRA (as an organisation) from evolving with it. 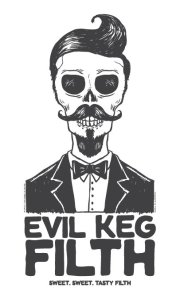 I’m not a CAMRA activist. I tried that once. And gave up. I was young, but not so foolish as to allow myself to be patronised.

I generally believe though that – in the main – CAMRA is a force for good. But too many members prefer to behave like Ostriches. While the rest of us move on.

Yes. I “get” that the majority of the Revitalisation agenda got through.

Yes. I “get” that the sinister “Motion 8” sank almost without trace.

But that’s not enough.

This vote was merely the straw that broke this particular Camel’s back.

I’ll continue to consume and enjoy good beer from cask, keg, bottle & can.

I’ll continue to “do my bit” to promote good beer irrespective of dispense method.

But I’m done with pissing from within the tent. I’ll do it from outside now.

Thank you CAMRA. And goodbye.